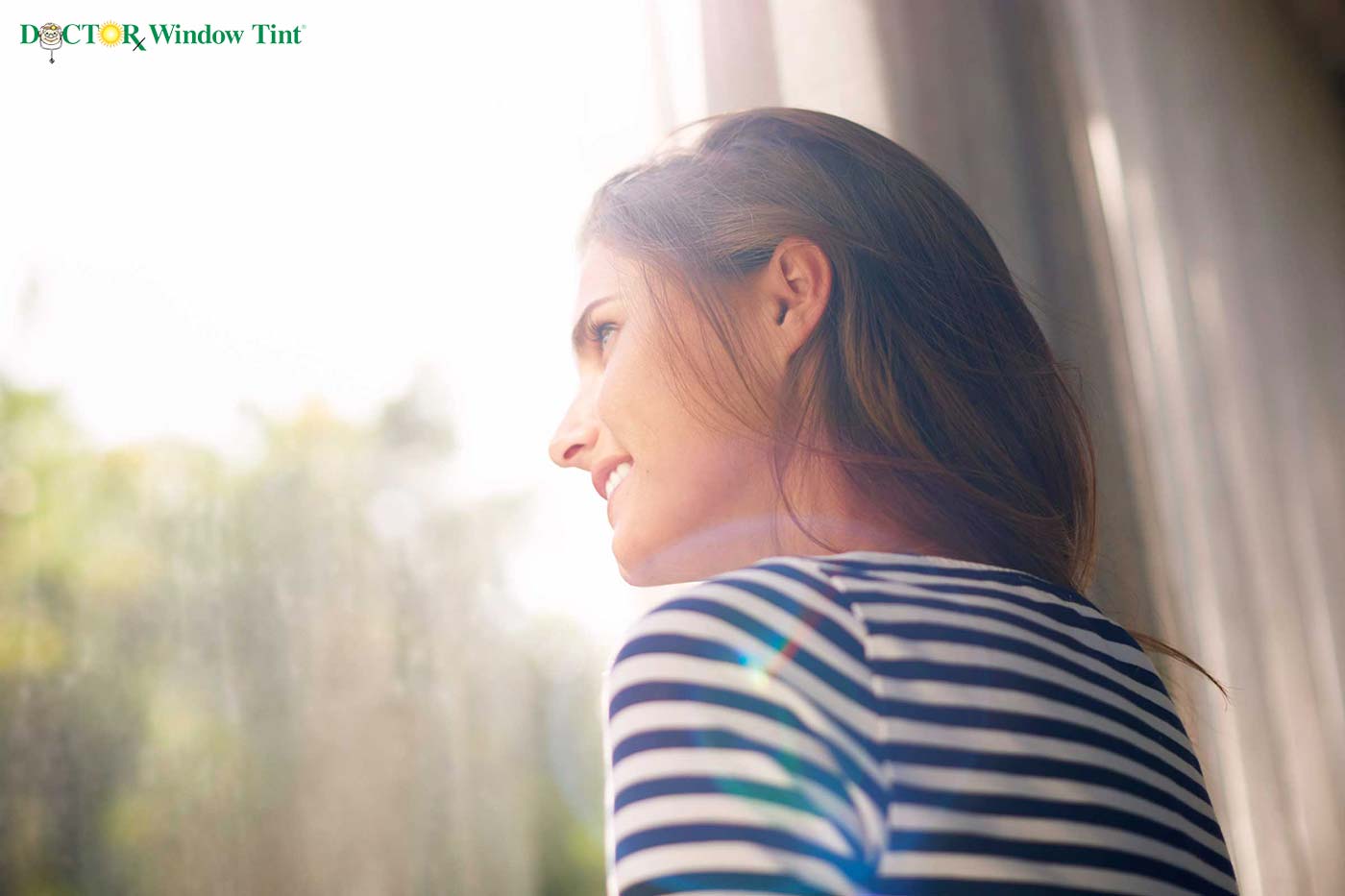 Window film can be used anywhere and on almost any glass surface. It can be used to protect your home from the damaging rays of light that will eventually cause your interior to fade, as well as provide a reduction in heat. You can ensure total privacy in your home, office, or vehicle while still retaining light and visibility. As it stands, there are four main types of window film on the market. These types are ceramic, dyed, metalized and carbon window films. When it comes to choosing the exact window film to suit your needs, it’s always better to make the right choice for you. For some the best window film may be the ceramic window film line or for others it may be one of the other three main types.

This is a highly economical window film; it’s inexpensive and unfortunately less functional than the other types of window film. It works by blocking the light that enters due to the dye that is added to the film. This is the perfect film if you’re just about the aesthetic appeal of the tint on your vehicle. It will fade over time and it is not as effective at heat reduction like the other tints.

Similar to dyed film, it reduces heat by reflecting it. Invisible to the eye, metallic film consists of tiny particles that are embedded in the film. It does add an extra layer of strength to the window, making it slightly more shatter resistant. While more scratch resistant than dyed film it can interfere with cellphone network and radio reception as well as your GPS.

This film is seen to be better than dyed film or metallic film as it ensures at least a 60% reduction in heat that passes through the window, but unlike metallic film it does not interfere with cellphone and radio reception nor GPS transmission. It is more durable than dyed film and will not fade over time.

This is a high quality window film that as a longer lifespan than the other film due to its extreme durability. It is also perfect for heat reduction and it can enable crystal clear clarity through the windows it is placed on. The benefits of ceramic tint include elimination of approximately 90% of the suns infrared rays as well as a 27% reduction in heat that passes through the windows. The ceramic tint is also 99% effective against UV rays which can cause damage to the interior of your home or vehicle.

While you are aware of the various benefits of tinting your windows, remember it is important to call in a professional window tinting company to handle your window tinting needs. Your professional mobile tinting service will be aware of any and all state regulations and requirements necessary to ensure total legal compliance. Doctor Window Tint, we take care of your panes, so you don’t have to.