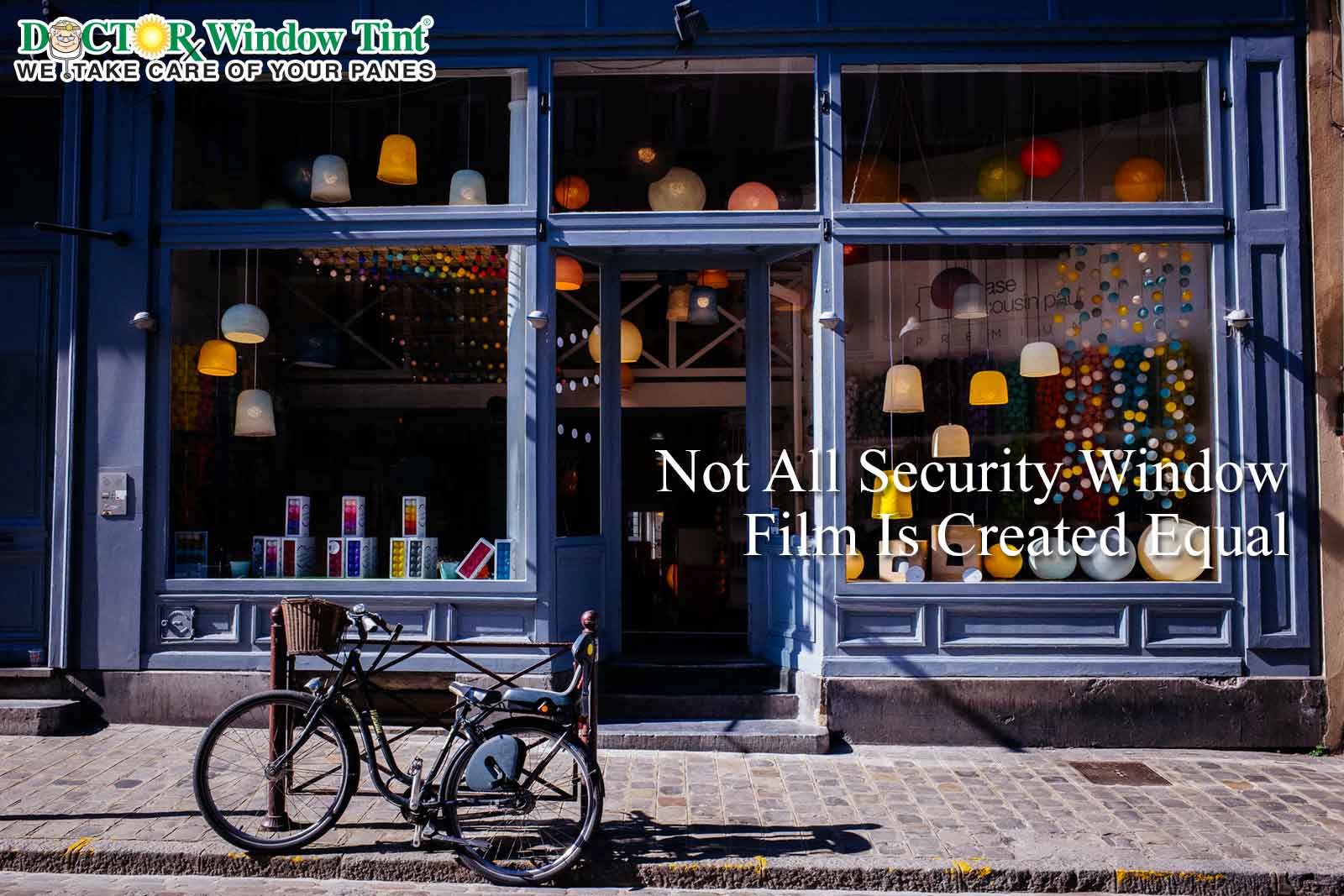 If you are taking the effort and time to install special security window film on your property, the cheapest and best option is to have it done professionally the first time. Security film makes glass windows stronger and harder to penetrate, and prevents them from shattering when facing strong impact. Unfortunately, not all window films are created equal. To be successful and protect your car, home or business, the film you have installed needs to have a lifelong guarantee and must do the job it promised.

Signs Of A Bad Window Film

There are visual signs that can inform you of when a window film is lacking in quality and has been installed badly. We can say this because a good security film will not show signs of wear for the lifespan guaranteed by the manufacturer. A bad security film can start losing all integrity after as little as three years.

Tinted security window film exists to prevent onlookers from penetrating your property physically, but also visually. Not being able to see inside your car or office can dramatically reduce crime by disallowing people to see through it. The bad quality film loses this tint very quickly under exposure to the sun, completely losing its effectiveness as a visual deterrent and becoming clear in color. Some window films start to turn into a purple hue, also indicating that their effectiveness has worn off and needs to be replaced.

Only Cereal Should Bubble and Crack

Another sign of bad quality window film is when the glue between the film and the window surface has expired and begins to peel away from the glass. This effect causes bubbling, cracking, and peeling, which could distort the view through the glass and prevent clear vision on surfaces such as car windows where good clarity is vital. If the security film is peeling away from the glass, this also means that it has lost its strengthening properties and will not sustain the impact of any debris, putting people and property in serious danger.

Expenses Rack Up Over Time

The problem with trying to find the cheapest security window film is that it often turns out to be the most expensive route to protection. As mentioned before, the lifespan of cheap film is very short and will require replacing much more frequently than better quality film. The cost of initial installation, plus removal labor, plus a new window film, could all end up costing more than the initial investment of better-quality work.

If you have weak-quality film installed, and debris smashes the aged film and therefore the glass, there is a potential for the shattered glass to tear up the contents of your car or home. In this event, it will cost so much more to replace furnishings and priceless ornaments that could have been avoided altogether with a proper security film.

What We Can Offer You

Doctor Window Tint is the exclusive installer of

brand window tinting film which offers great quality protection against break-ins, theft, and storms. Even better, we ensure an expert quality install using our unique installation technique which removes 70% of the water between the film and glass. We take the time to make sure the film is applied properly and go over the film three to five times to add to its longevity. With this type of installation, you can guarantee that the film installation will give you all that it promises and that you will not be left forking out more money for a failed tint job.