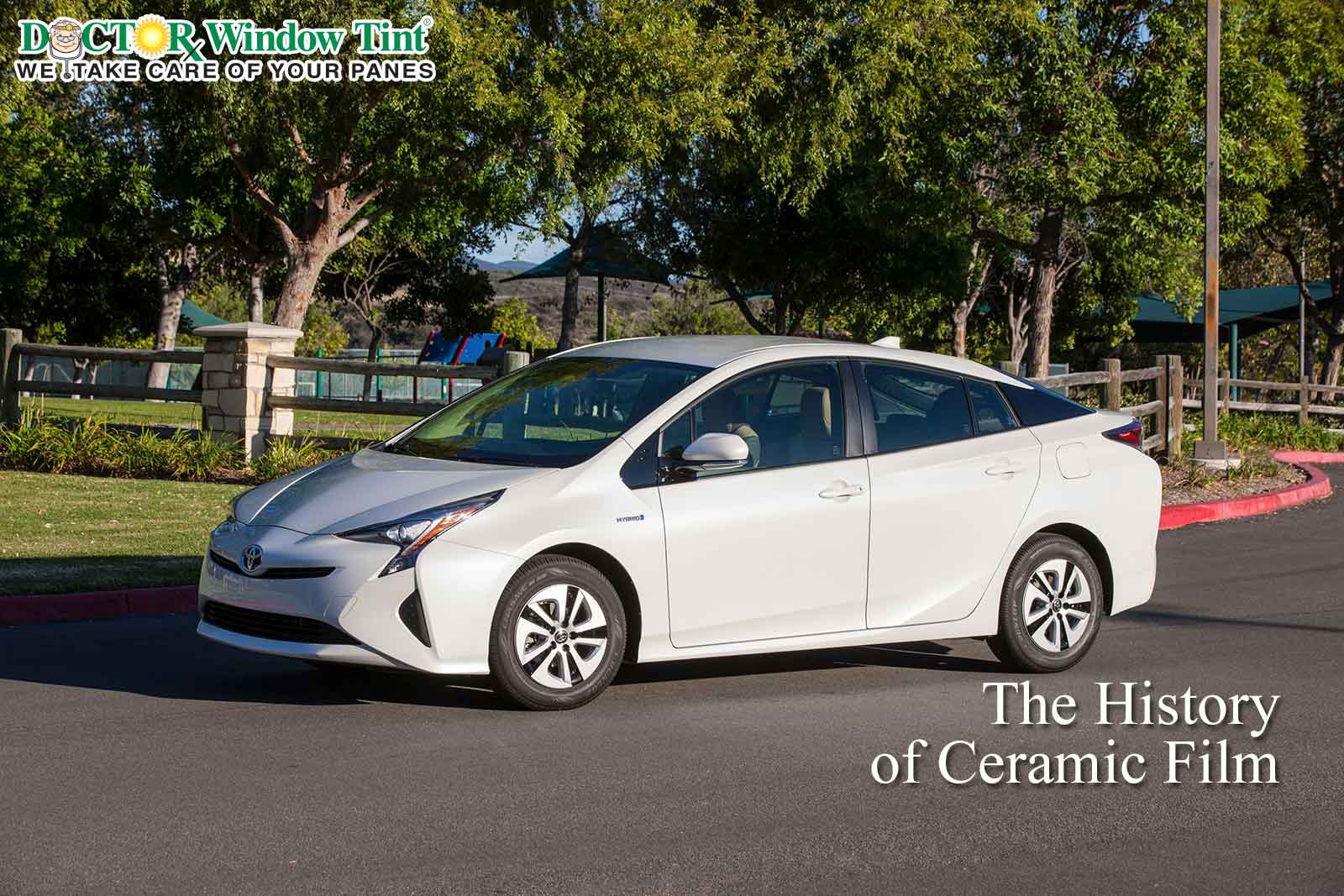 Ceramic film is an amazing product which has a fascinating history. Having been developed over many years, ceramic film now proves to be one of the highest quality window film products available by Solar Control. Join us as we go through a brief history of the how Ceramic film was developed and why it may just be the solution for your window tinting needs.

It Started with a Space Shuttle

It was widely known that ceramic tiles had the ability to block out a vast majority of harmful UV rays and heat. A product like this would add tremendous benefit to those who needed it most; those in space. Astronauts relied on the layers of protection provided by ceramic tiles to keep them safe during the incredible rise in temperature created by the fric-tion of re-entering the Earth’s atmosphere. Furthermore, ceramic film proved to block out infrared radiation by 91% and cut down Ultra Violet Rays by as much as 99%. It also cut down solar heat gain by 50%. Ceramic tiles proved to pro-tect many astronauts from the harmful effects of the heat by being applied to the space shuttles. It was these amazing properties that inspired the development of ceramic window tint.

Before ceramic window film was developed, there was a variety of metallic tints available. The problem was because of their metallic nature, these tints would often interfere with electronic devices such as radio’s, or even GPS systems at a later stage. Metallic tints also relied on various metal composites for their manufacturing. To solve these problems, Ce-ramic Film was developed. These tints not only lasted longer, but also rejected UV rays and the suns heat far better. And best of all, they didn’t interfere with electronic devices. Another amazing fact is that although Ceramic film blocked out the harmful rays from the sun, it was still transparent. This was a big draw card for many shop owners, who wanted their customers to be able to see in from the outside. And this led to many store front windows being installed with Ceramic Film which increased its popularity greatly.

Ceramic window film is made with non-conductive ceramic particles. These particles are small enough to prevent glare or haze while still being effective in blocking out infrared light. The result is that you have a completely clear window while enjoying all the benefits of a state of the art window film. This makes it an incredibly convenient product as it is practically invisible to the naked eye. This helps you to feel more in touch with the outside environment by eliminating the tinted layer that would otherwise be visible. It literally improves the quality of how you view the world.

From this article, it’s clear that there are some great benefits that ceramic film offers. There are even more benefits to ceramic window film to check out. Ceramic film doesn’t fade over time, so it is incredibly durable. Ceramic film is also glare resistant. This is because it actually absorbs light rays and therefore cancels out a fair amount reflection and glare.

To get the most benefit out of ceramic film, make sure that you get it installed by a professional and accredited install-er. At Doctor Window Tint, we are the exclusive agents and installers of the tried and tested Solar Control brand Ceramic Film. As you can see, the benefits of ceramic film speak for themselves. We are confident that this amazing product will improve the quality of light you receive through whatever window it may be.