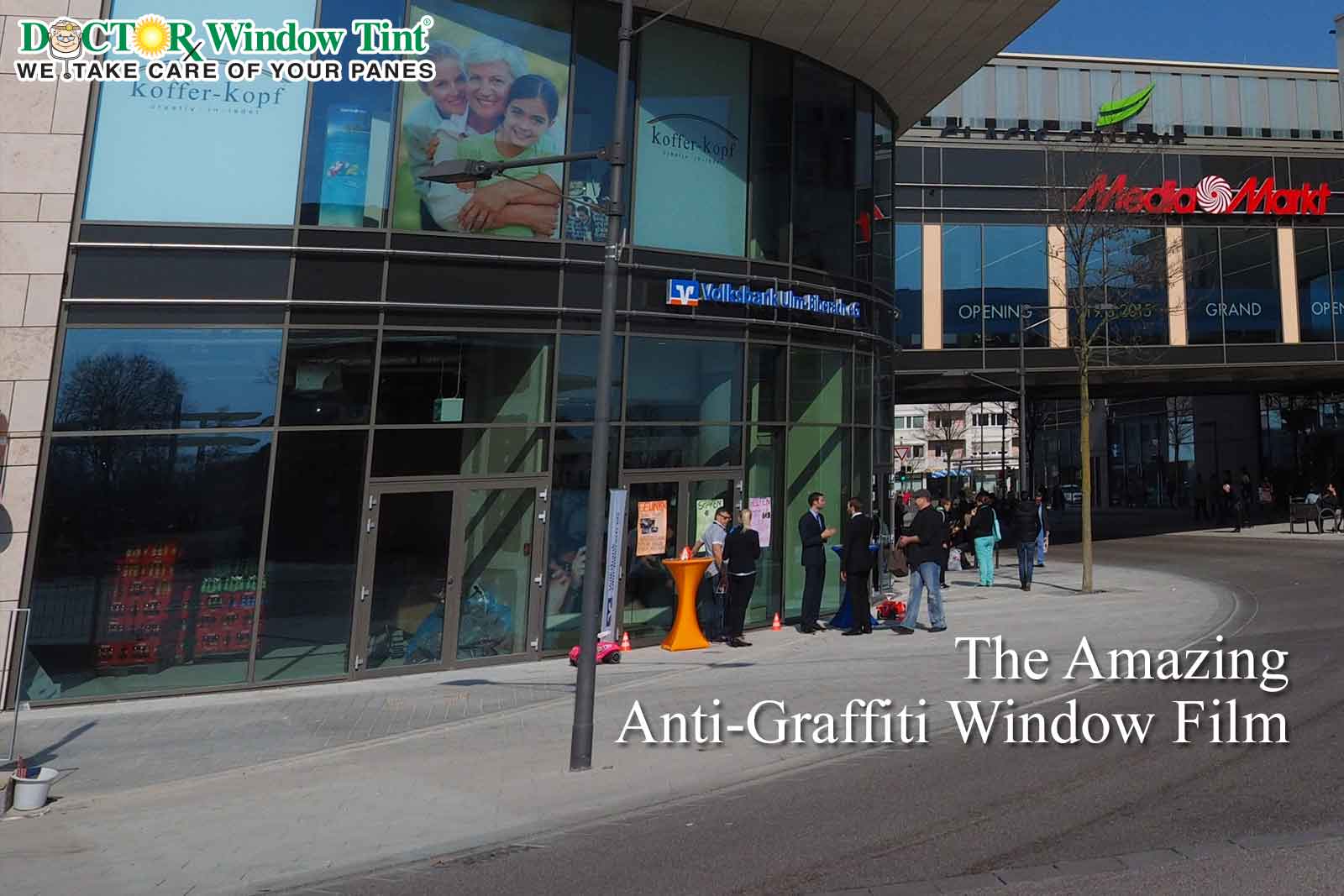 It is no secret that graffiti artists can be creative in their methods of street art and don’t always use spray paint when creating their window masterpieces. Nowadays, graffiti also comes in the form of scratch marks or carvings, which can do a lot of irreversible damage to your windows. Unsightly graffiti is likely to chase away people; for example, a recent report on unsightly “butt” graffiti in Florida has been circulating on social media, where residents have complained that their taxes are now going toward cleaning graffiti, as well as making their windows look anything “butt” appealing. In commercial areas, graffiti can drive away potential customers, in turn affecting business productivity. What you need is a protective window film that will take on paints and scratches by shielding the glass from any kind of vandalism.

How Does Anti-Graffiti Window Film Work?

Also known as security window film, this clear window film is designed to be durable and resistant to protect the glass from forced entry, vandalism and even other outside forces such as flying debris from storms. Because the film can act as a cover on the outside of the glass, it takes on the brunt of any pressure, paint or scratches, thereby protecting the glass beneath it.

This kind of film makes it harder for vandals to penetrate in comparison to regular glass, deterring possible break-ins and preventing severe damages. Recent reports on the most common crimes in Florida reveal that property crime ranks second as the most common type of crime, which means defacement and vandalism is one of the most prevalent crimes out there.

This film is designed to prevent damages that result from property crime; in the event of an attempted break in, the film will act as a ‘glue’ by holding the broken glass shards in place. This in turn prevents flying glass shards from doing any further damage, such as personal injury or interior damage to the home. Having this kind of protection means that you can also save a lot of money from potential hospital bills, clean-up services, and other interior maintenance such as furniture replacement.

Should the security window film become scratched or spoiled over time, it can be replaced without damaging the glass underneath, allowing you to save money on buying new glass. However, for the film to stay in peak performance and do its job effectively, it will occasionally need replacement, depending on the amount of damage it has taken over time. With this graffiti shield, all you need to do is contact a professional to strip the damaged film away and replace it with a new one – no new window fittings or installation issues to take up your valuable time.

Unfortunately, you cannot control when a vandal or thief is going to attack your premises. Preventative measures such as alarm systems, cameras or beams will alert you, but they will not physically prevent a vandal from scratching or smashing your window. Protecting your glass with security window film will not only physically protect your window, but will give you piece of mind. Contact Dr Window Tint today for a free estimate on installing security window film on your windows.