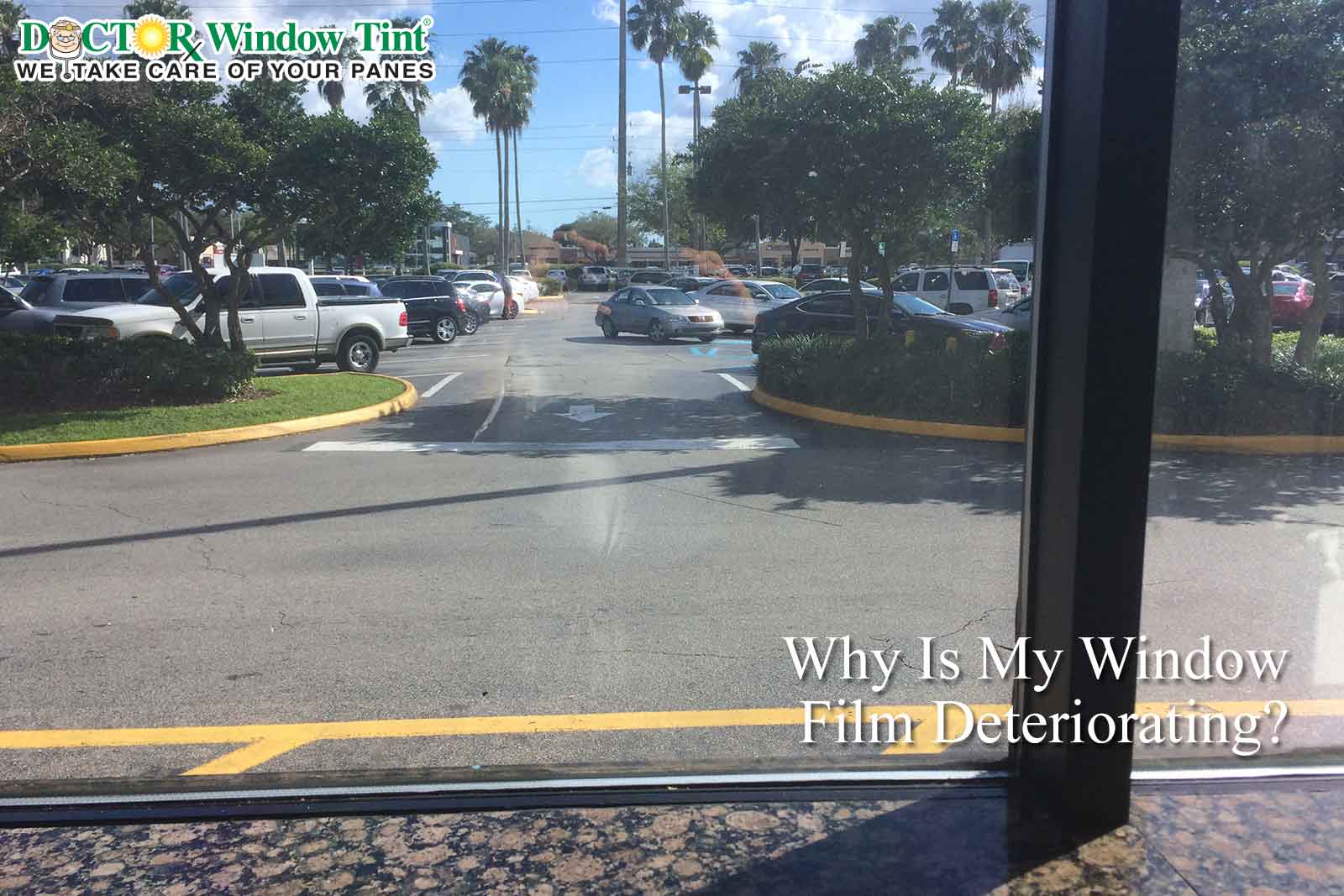 There are some things you need to know before getting your windows tinted, and a couple questions you should ask the company doing the install. One of the first questions that comes to mind is, “How long is this going to last?” Deterioration is bound to happen, but why? And how can you hold it off for as long as possible? To answer these questions, we first need to know what window film deterioration actually looks like.

When your window film starts getting old, you can expect the following:

You might see just one of these signs, or several of them in any combination.

What Causes Window Film to Age?

Window film, like all else, will inevitably deteriorate over time. This process can be sped up by other factors though, and these are what you will want to look out for.

How Long Does it Take to Age?

When it comes to window film life expectancy, higher quality is well worth the investment. Window film with low quality dye, or film that was poorly installed, can start showing signs of deterioration in as little as three months. Higher quality window films, which have been professionally installed, will last between 10 and 25 years if properly looked after.

Why Does Some Tint Turn Purple?

The dye used in window tints is a combination of red, blue, and yellow dye. To keep it simple; yellow dye is made from much more unstable compounds than red and blue dyes are, so it is affected and broken down by UV rays quicker. This leaves behind the red-blue combination we call purple.

How to Prevent Purple Tint

Using higher quality dyes in the manufacturing process insures the unstable yellow dye will last for the same amount of time that red and blue dyes do. Manufacturers match the different color dyes for their fading times and mix them in such a way that they fade together. This results in the color of your window film remaining the same as it inevitably fades over time.

Often, UV absorbers are added on to window film as an extra ‘purple-avoidance’ measure. These absorb the UV rays before they can damage the dye and release that energy as heat.

What Causes Window Film to Crack and Peel from the Window?

The adhesive used to attach the window film to the window is chemically broken down by heat from the sun over time. This can cause bubbles to form between the window and the film, or results in the edges of the film starting to peel away from the window. This happens if 70% or more of the mounting solution is not removed form at the time of installation.

Sun damage can also cause the film to turn brittle, making it susceptible to cracking if hit by anything.

These signs of aging can be held off by using higher quality film and making sure your installer uses good, long-lasting adhesive. Here at Doctor Window Tint, we are so sure of the quality of our adhesive we offer a lifetime warranty against bubbling and peeling. The seven-step installation process that we use to remove 70% of the mounting solution gives us the confidence to give this warranty.

How to Prevent Window Film Deterioration

If you’ve gotten to this point in the article and are feeling a little hopeless – fear not. Deterioration can be delayed for as long as possible by properly looking after your window film. Simple maintenance can see your film lasting much longer.