Everything You Need To Know About Smart Window Film July 19, 2019 Window Film 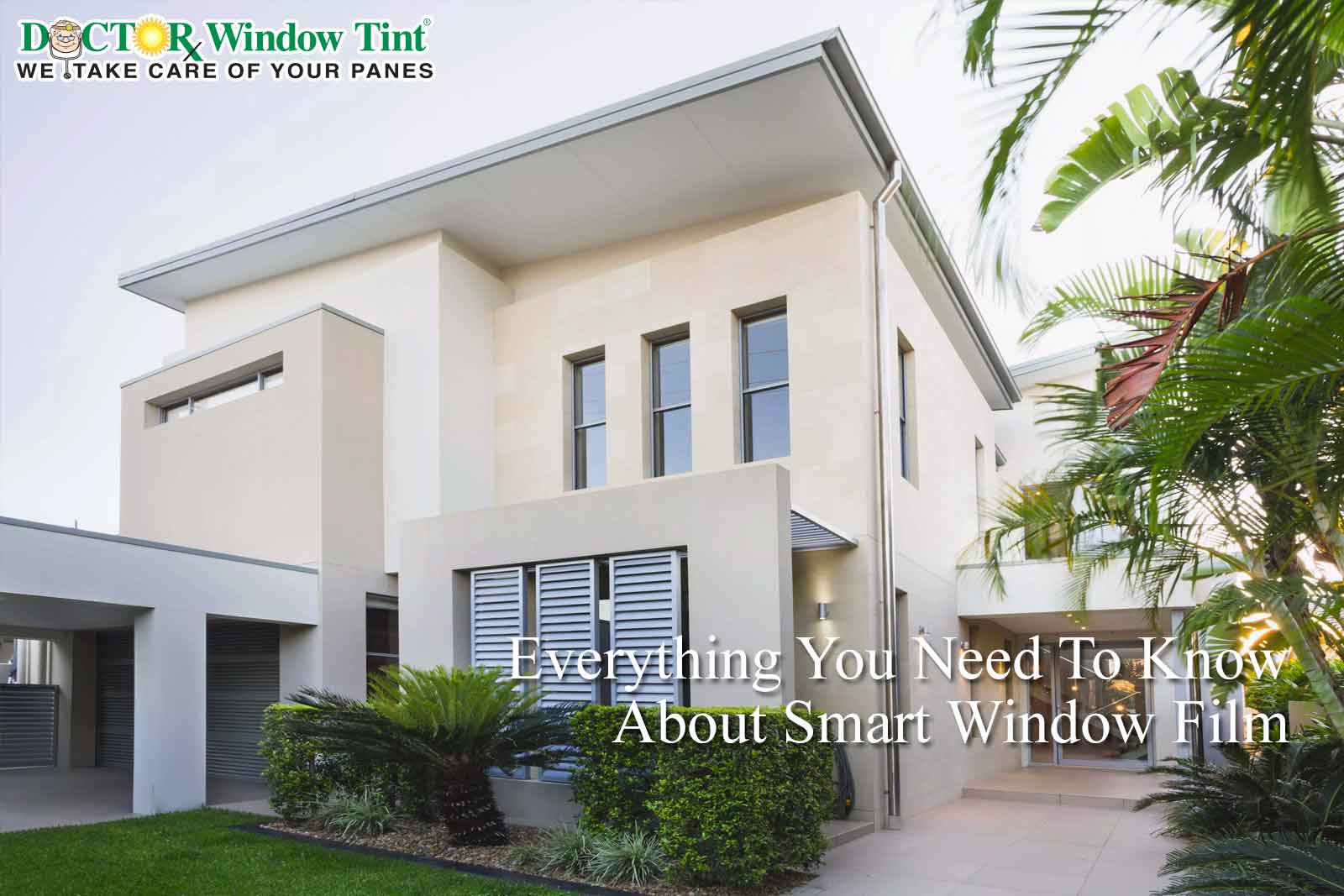 Also known as smart glass, switchable windows, and dynamic window film, smart window film is an innovative film that can change from clear to opaque with a click of a button. Like a ‘digital shade,’ the window film works to reduce light or allow light to pass through. Because it works using digital technology, the control is in your hands, and you can adapt the window according to your preferences.

Statistics by Allied Market Research reveals that sales of smart window film are expected to increase by 14.3 percent from 2016 to 2022, due to its ability to save costs on energy consumption.

How Does Smart Window Film Work?

Smart window film works by blocking wavelengths of light at varying degrees, allowing either some or all of the light to pass through the glass. It uses a scientific process called electrochromism, which means that an electrical voltage is used to make the window film change. The change in transparency ranges according to the amount of voltage applied.

Inside the window film is a ‘SMART’ layer that is sealed between two glass layers. Both sides of the smart film have liquid crystals and when voltage is applied, it runs through both sides, changing the arrangement of crystals. The alignment of these crystals can allow or block light, depending on their arrangement.

When the electrical supply is switched on, the liquid crystal molecules align. When this happens, the glass becomes clear. When crystals are scattered, the light becomes scattered, and therefore the glass becomes opaque as light cannot pass through. The extent of transparency varies, depending on the amount of voltage applied. This leaves you a lot of room to play regarding visibility!

As sunlight changes throughout the day, so does heat and glare. Sometimes you want the blinds on, sometimes you don’t. With smart film, the need for curtains, blinds, or shutters are removed as the technology offers a simple, innovative solution that reduces heat while allowing light to come through.

Having dynamic window film can be beneficial in a variety of ways:

It is no wonder that smart window film is increasing in popularity. Not only will you save money on energy bills, but you will also be more environmentally friendly by reducing your energy consumption. You’ll check all the money saving boxes, using one smart glass!