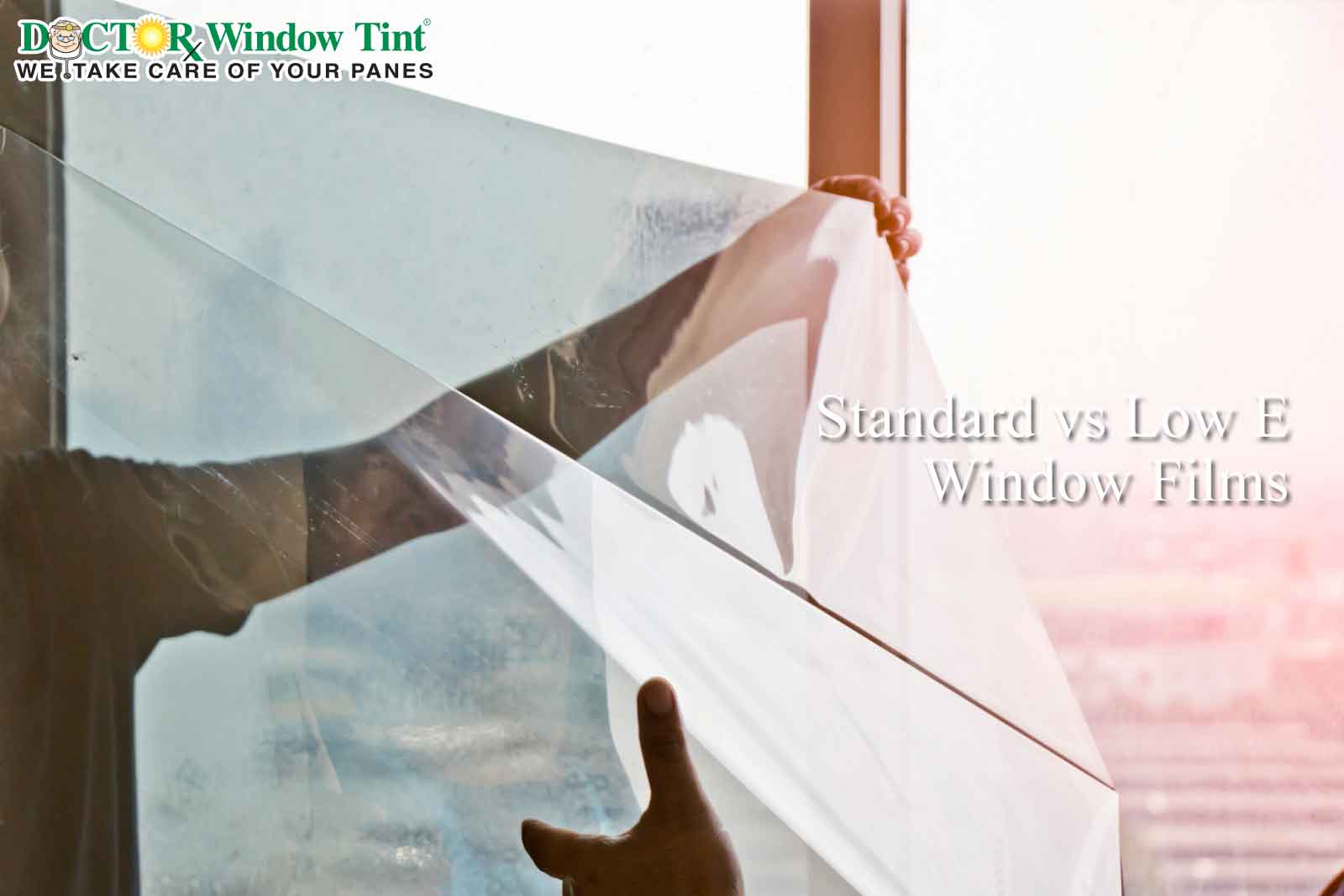 If you’re looking to make a smart and informed decision when buying window film, you need to know the differences between standard vs low emissivity (low-e) film. Window panels are a major component of buildings, they are accountable for up to 60% of a building’s overall energy loss, according to a study by University of West London (2017).

The emissivity (or thermal performance) of window film can make an impact on energy consumption, especially regarding large commercial buildings. Depending on the number of windows, the size of your glass panes and the type of film you want, energy consumption may vary. It is therefore important to know the varying insulation performance window films, so that you can find the right one to match your needs.

The first step to choosing the right window film is to get a good overview of each type that is on the market. You will need to compare prices, benefits and disadvantages of low-e vs. standard films, so that you have a sound idea of how each film works.

Each building has different needs, for example, a business owner might want to keep offices cool with window tint, and will therefore require a window film with a high emissivity value. Some business owners might see the price of the film as the determining factor, while others might look at long-term investment and pay more for longer lasting quality.

Not sure what you need? Let’s take a look at the comparisons below:

The newer version of low-e window film tends to have a more transparent film compared to standard window film, allowing natural light while minimizing heat. It is a more expensive option, and the warranty is not as long as standard reflective window film.

Overall, both standard and low e window films are ideal for tackling energy consumption costs; additionally, there are several health benefits of window film that should be considered. The choice comes down to personal preference, as it is up to you to decide on what will suit you best, or how much you are willing to spend.

After using this guide to make a thorough analysis, you can rest easy knowing that you will make an informed decision about which option is best for your building. If you want to learn more about the different types of window film or if you are interested in getting a free estimate, contact Doctor Window Tint today, your expert on all window tinting and security film.