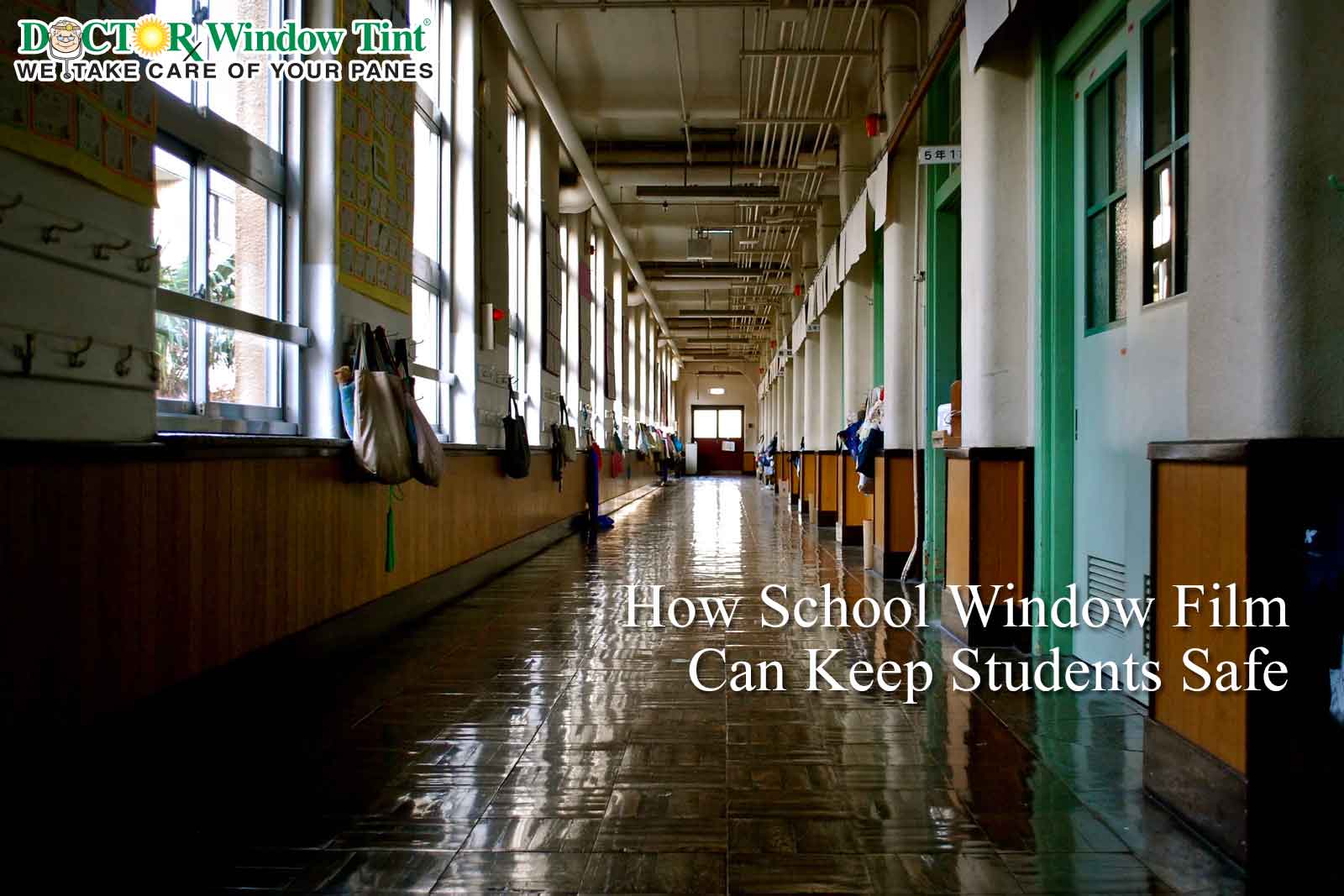 Educating students is the top priority of every school. With the events of recent years, keeping students safe is becoming just as much of a focus as educating them.
While locking doors and upping the security at the entry points is a start, it’s become clear that protecting the windows of the school building is equally important.

Windows make a building vulnerable when it comes to keeping a school secure. Each window creates a possible entry point for someone who wants to get onto school property to either cause trouble or burglarize.

When windows shatter, they send sharp shards of glass flying. This is the second big window danger. While traditional burglar bars may help to keep unwanted visitors out, they aren’t enough to protect the people inside from injury should the glass shatter.

Applying window film to your school windows is like sealing your school in an invisible layer of protection. In fact, there have been many success stories involving companies that have utilized

When someone tries to break a window treated with window film, the glass will still shatter, but the elastic-like film holds all the broken pieces in place so strongly that it is difficult to breakthrough. Even if the window is hit using a baseball bat or sledgehammer, the film will resist shattering.

In this way, window film buys time for emergency action to be initiated, security to be alerted and for children to be moved.

Window film is applied using a mounting solution that makes sure it is glued thoroughly to the entire surface of the glass. When the glass breaks, the film stays intact and holds all the pieces glued to it. This prevents the flying glass shards and removes the huge potential for injury.

Once window film is applied, it’s effective immediately and will continue to work around the clock, seven days a week, all year long.

It doesn’t depend on a power supply to be functional, so it’s not affected by a power outage. Window film can’t malfunction and it won’t ever take a sick day.

Threats Of A Sunnier Kind

Not all bad things come armed with knives or guns.

In a school environment, over-exposure to the sun can be a danger for students too. Going inside doesn’t always help, especially if the classrooms have many windows. Normal glass doesn’t keep out any of the harmful rays of the sun but window film protects students by filtering out solar and ultraviolet (UV) rays. It also helps keep the inside of the building cooler and more comfortable.

What About Extreme Weather?

Extreme storms are bad news for schools in two ways.

Not only can they shatter windows and send sharp glass flying, but once the windows are broken, debris from outside will blow in and can cause further injury to the students. With window film on the windows, the students are kept safe from both.

Is Graffiti A Problem? Not Any More!

Window graffiti used to be all about spray paint but nowadays vandals also scratch and carve out their artwork on glass windows. With security film on the windows, your glass is protected from damage.

Should the film become too scratched and damaged over time, you can get your school looking good again by simply replacing a section of the window film.

If you’d like a simple solution to keep your school and students safe from criminals breaking in, storm debris, and graffiti artists looking for an easy canvas, contact the Doctor Window Tint® experts to find out more and get your free estimate.